Carbrook lies between the Logan River and the southern border of the Redland Shire and is east of Mt Cotton Road. German immigrants who had previously lived in Bethania from 1864, moved here. Christina Kruger was the first to settle the area in 1867, closely followed by Herman Meissner, Wilhelm Collin, Carl Haberman, August Fischer and others. They named the area Gramzow after a village in their homeland, Prussia. Many other German families settled in nearby Mt Cotton and Redland Bay.

The local residents banded together to fund a church, which was built by Mt Cotton resident August Von Senden in 1876. The church was brick and timber construction and was situated on the corner of Wuduru and Mt Cotton Roads, which is now part of the suburb of Cornubia. The winding road opposite bought Redland Bay residents to the church and is known as German Church Road. A cemetery on the site is the only remaining evidence of this important community centre.

Lessons were held in the church for local children until the school was established in November 1877. Again the facility was shared with neighbouring district of Mt Cotton.

Cotton growing was the first industry in the area and this was followed by sugar. A sugar mill was built on the western side of Skinners Reserve in 1872. It was known as the Logan Sugar Factory and was owned by Waterford resident, Charles Wilson. In 1884 the mill was sold to a consortium of local German farmers who ran it until 1887, when it was offered for sale. River transport was important and a wharf reserve was gazetted on the river on an extension of Mt Cotton Road in 1887. The wharf had existed unofficially since the establishment of the Logan Sugar Factory. 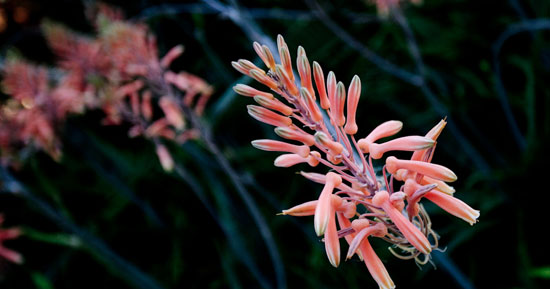 The 1887 flood caused massive damage to riverfront properties, including the destruction of cane crops. The Alberton Ferry, which had been washed away in the floods was relocated here in 1889 for a short time.

A new sugar mill owned by Musch and Appel operated at Gramzow from 1905 until 1926. During World War I the name of the area was changed to Carbrook, due to anti German sentiment in Queensland generally. The Gramzow Post Office was taken away from August Stern, renamed and given to another resident of non-German descent.

Farm produce in the region included the growing and milling of arrowroot, bananas, pineapples, grapes, citrus and tobacco. Other industries include August and then Rudolph Bahr’s blacksmith shop from about 1910 until the early 1930s. Musch and Appels’ sugar mill was converted to a sawmill in the mid 1930s and operated until 1941. Arrowroot was also grown in the region with Herman Lehmann operating an arrowroot mill from 1918. He turned to timber getting during the 1930s as did many others in the district.

Carbrook still maintains its rural atmosphere and much of the area is rural residential land. Areas for recreation include the Carbrook Golf Course and the Aquatic Gardens Water Ski Centre. Sand and gravel mining along the river is a major industry, although large areas of wetlands in the area have been reserved as conservation parks. A new private school, Calvary Christian College operates not far from the Carbrook Primary School. Kimberley College relocated from Mt Cotton to establish its campus in Kruger Road in 2003. The original Carbrook school is now owned by the Logan City Council and has been heritage listed.